Professor David Fleming, the Vice Chancellor of York St John University, with the Alumni Abundantes panels created by local artist Catherine Scriven. The latest panel has been recently put up on a adjacent wall.
First published 08:26 Thursday 27 November 2014 in News
Last updated 08:38 Thursday 27 November 2014by Nadia Jefferson-Brown
A SPECIAL piece of art work has gone on display at York St John University.
Vice Chancellor, Professor David Fleming and guests were at the unveiling of the latest Alumni Abudantes panel created by local artist and alumna Catherine Scriven. It is the latest piece to make up the university's visual alumni archive.
It extends Catherine's previous work, Alumni Abudantes, which is on display in Quad South Passage and was installed in 2010.
The panel, Exceptional Changes, depicts the last four years at the university and continues the style of the previous work, featuring key moments, people and events in a series of overlapping images.
It was commissioned by the Association of York St John and Ripon Training College who used the event to mark the disbanding of the association and official hand over to the Alumni team.
Catherine, who graduated in 2008, thanked alumnus John Maw for his knowledge of the institution's history and help in creating the piece.
She said: “The piece features the buildings, awards for staff and students, different societies, sports and honorary graduates – all the changes that have taken place over the last four to five years, under the stewardship of the current Vice Chancellor. I also wanted to depict the aims of the University which include exceptional learning and teaching and an exceptional student experience.”
Professor Fleming said: “We show this artwork to many people who come to visit, and will continue to do so. Everyone finds it fascinating and it is a great way to show, visibly, the history of the University.”
No comments:

What I have been working on:

Over the last year I have been working on a new digital artwork which is just back from the printers and ready to be installed for unveiling on Monday, 10th November 2014.

Here is a little teaser: 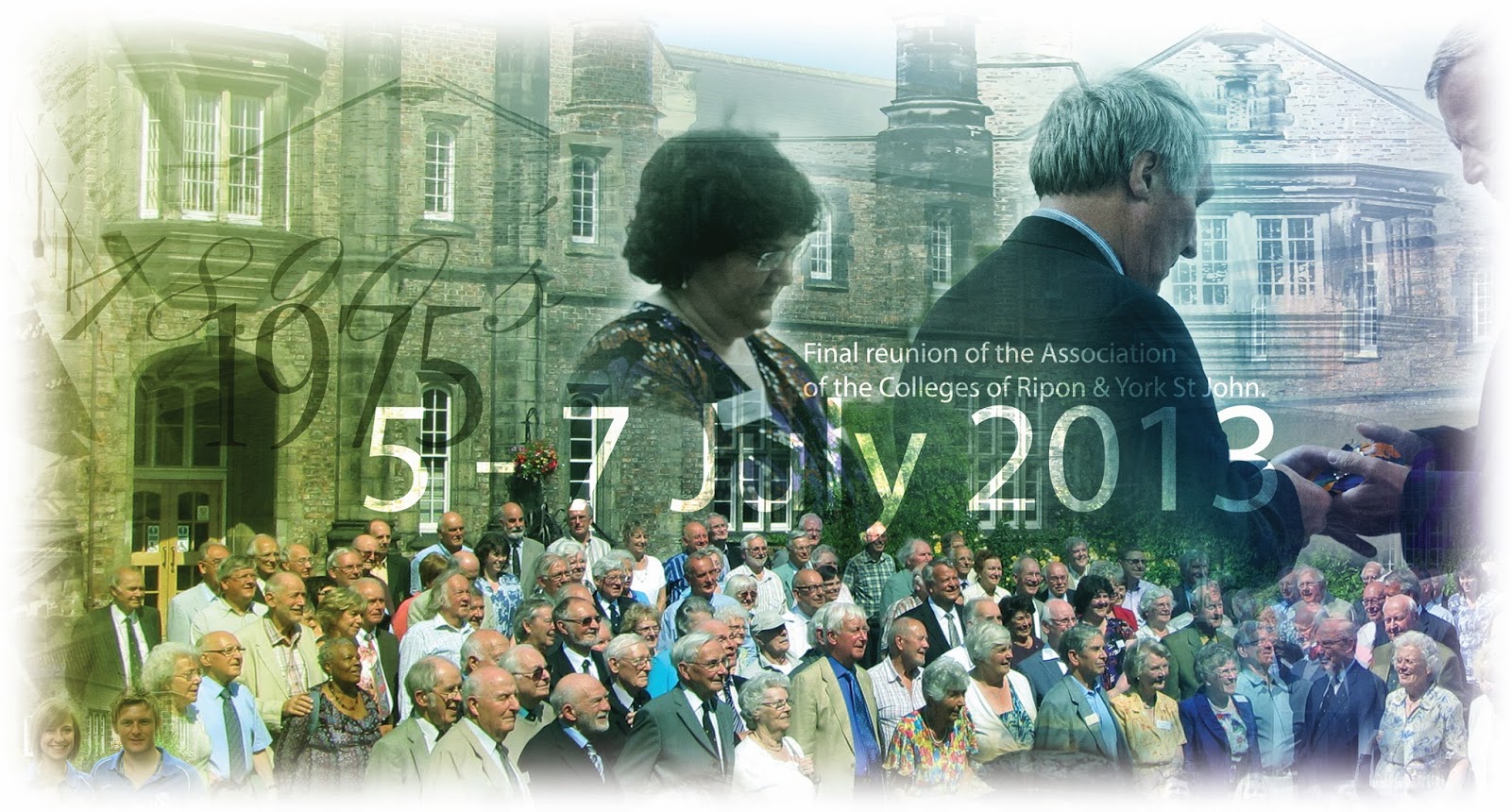 A detail from the Artwork named "EXCEPTIONAL CHANGES", which celebrates the numerous  changes which have happened at York St John university, under the leadership of Prof Fleming over the relatively short period of the past 5 years.

It especially commemorates the handing over of the old student Association of the Colleges of Ripon and York St John, created in the 1890's to the alumni society created in 2008.

I will post full images after the unveiling.
No comments: