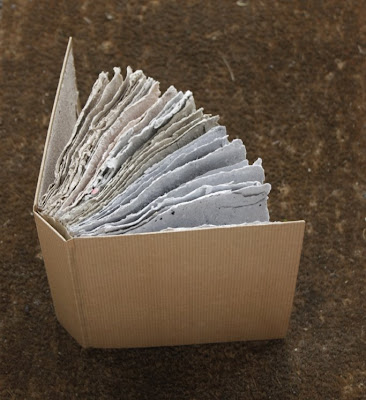 I decided to make a hard book cover for this book as the binding was getting loose. The handmade paper is rough and full of interesting residue from the original papers and waste soil from the Hungate Dig, but tears easily. I decided the cover should be reminescent of the boxes in which archaeological artefacts are stored; so I opted for a simple cover of brown wrapping paper.
This is one of the books which will be on show at the 12th International Contemporary Artists'Book Fair at the University of Leeds on 6th and 7th of March. You will be able to leaf through our works at the 'Kruse e Scriven' Display.
. 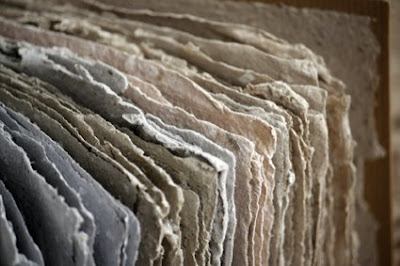 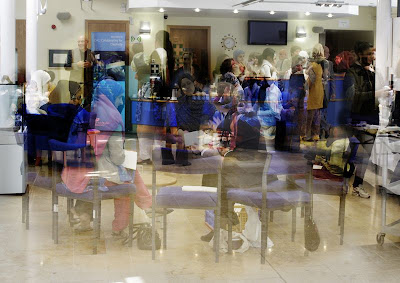 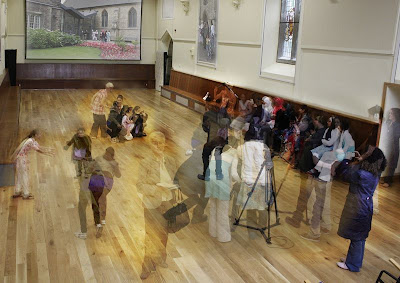 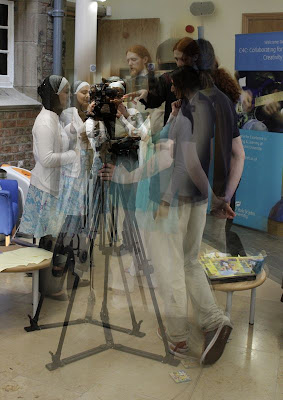 These layered photoworks were produced as a commission for the Wider Participation Office at York St. John in collaboration with the Sangat Centre in Keighley to give the opportunity to women to consider furthering their education and personal development. 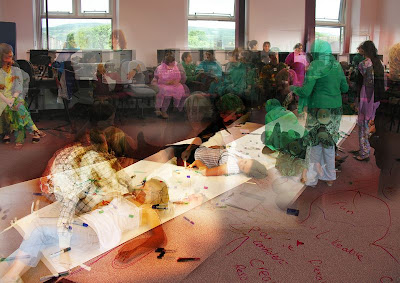 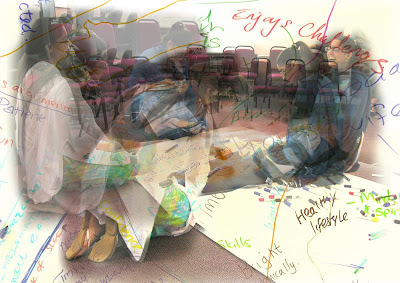 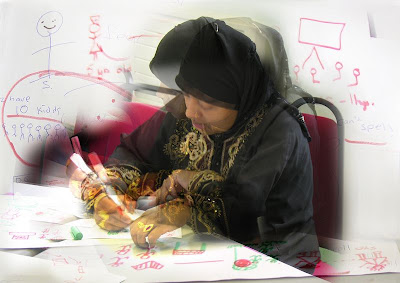